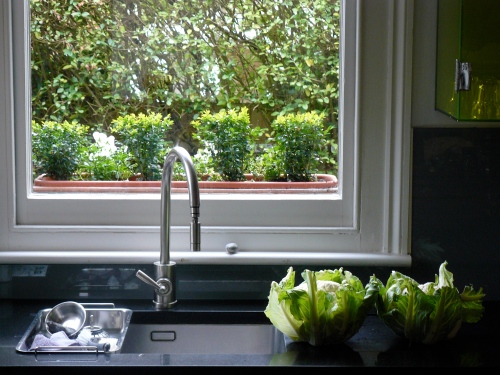 At first at didn’t miss England at all. Quite the opposite in fact. For almost six and a half years I was happily engulfed by alternating waves of relief that I’d left (excuse me: fled) and contentment at my new (chaotic, often unfeasible and unexpected) Roman life. Then about a year and a half ago I was struck by a bolt(s) of missing. The list is predictable and clichéd I’m afraid: lawns like green baize, orderly queues, doors held open, brusque but cheery Goodmornings and Pardon mes, The Royal Mail, London Underground, John Lewis, BBC, ironic asides, Hackney cabs, well swept pavements, The Guardian Newspaper, eccentric and slightly inappropriate clothing, women going to work on the bus with damp hair. And the food! I was almost overwhelmed by waves of longing for glorious British food. Food that I’d spurned – somewhat disdainfully – in favour of glorious Italian food. But that’s another paragraph.

The problem with the missing was two-fold. First there was the missing itself – which felt a little like the hollow yawn in your stomach when you’re hungry or a persistent nagging sensation that something’s wrong  – and then there were the comparisons that inevitably accompany ‘missing’.  Now I think you know how much I truly, madly, deeply like my adopted city, but that period of missing and comparison was bloody hard. Longing for green lawns made Rome seem parched. Nostalgia for orderly queues accentuated the apparent inability of Romans to form any sort of even vaguely civil line. The metro seemed infuriatingly inefficient and Italian TV shockingly deficient. I felt exasperated by Taxis, bad service, triple parking, litter strewn public spaces, lack of irony, the postal service, doors in my face and obsessive dedication to blow-drying. 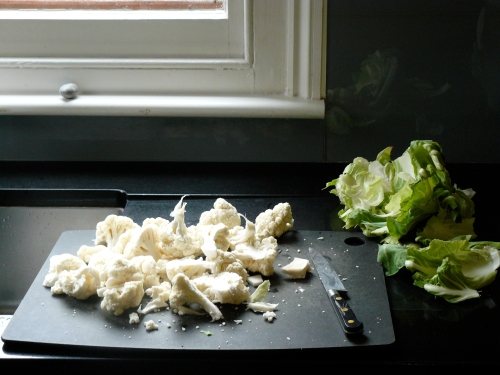 ‘Maybe it’s a sign you should go back‘ suggested a Roman acquaintance I shouldn’t have bothered confiding in. An acquaintance who then took umbrage at my suggestion Romans lack a sense of irony before proving my point by launching into a diatribe about cervicale and the merits of of blow-drying. ‘Maybe it’s because you’ve really decided to stay?‘ Suggested another, wiser Roman friend. She was right, the missing struck at exactly the same time circumstances in my life: an unexpected job with nice prospects at Teatro Verde, my writing, a man, confirmation of my official residenza in Rome and a half Italian baby growing inside me collided with my truly, madly, deeply. It was clear I was going to stay.

‘Of course you miss things about England‘ she reassured me before ordering another espresso. ‘It’s perfectly normal and damn healthy‘ She added while ripping and tipping the bag of sugar into her tiny cup and stirring an extraordinary number of times. ‘What do you English say: the grass is greener?’ She added while positioning her teaspoon back on her saucer. ‘It’s also healthy you’re finally seeing the deep, raging flaws in Rome and Romans‘ She noted before tossing back her hair, head and espresso. ‘Seeing the flaws and yet still wanting to stay!’  She paused. ‘You do need a good, long holiday in London to see what you are and aren’t missing though.’ 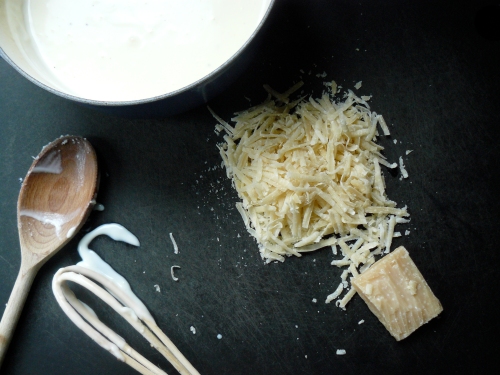 Of course it wasn’t quite as simple as that. But nearly. I’d been back countless times during the previous six years but that trip back about eighteen months ago, a trip full of missing, longing, a baby and guided by the words of my friend was different. I spent two weeks in England. Fourteen days in which I very consciously sought out and savored all the things I pined for: soft green lawns, orderly queues, even pavements, high quality costume drama, dirty low-brow comedy, The British Museum, Baker St station, Regents Park, Bloomsbury, Kew Gardens, Tate Modern, Propers pubs, Daunt Books and Boots the chemist. And I ate, for two: smoked fish, pork pies, icy white celery, Neals yard cheese, Sunday lunch, watercress, fruit fools, horseradish sauce, custard tarts, gooseberries, back bacon, pork chops, and cheeky fat sausages, raspberries, clotted cream, english peas and afternoon teas.

Then still acting on good advice from a my friend, I started noticing the things I didn’t miss about England – another predictable and clichéd list I’m afraid and one I will keep to myself – and quietly observing some of the things that led me to flee. I also noted the things, dozens and dozens of things, I missed about Rome! Rome my home. 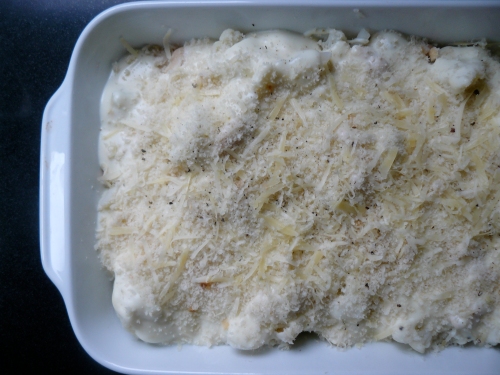 I’ve just spent another two weeks in England, it was long overdue and it was good to be back. There were generous doses of people and things I miss. There was also rather more of the things I don’t miss than anticipated! Which is fine, it’s good to be reminded. I also ate, cooked and shared plenty of really good English food, (and some not so good, but that’s fine, it’s good to be reminded.) One particularly nice, low-key supper was cooked by my mum last Monday.

Dad and I had been to Magic Voices, which is – and I quote – ‘a contemporary choir created by renowned Musical Director, Andy Rumble.’ It was the singularly most bizarre and joyful evening of my visit. Singing it seems, suits me. Happy, harmonized and humming ‘Bring him Home’ we arrived home to a blazing fire – gas I hasten to add, but blazing no less -and  mum bearing three glasses of Hugel Riesling and one of my favourite suppers waiting patiently on the AGA:, a truly, deeply good and nostalgic supper: Cauliflower cheese.

Now I imagine we are all well acquainted with cauliflower cheese! But just case you aren’t! Let me introduce you? Cauliflower florets are boiled until tender in well-salted water, arranged in a well-buttered baking dish, covered with a fearless quantity of well-made white sauce (béchamel) that has been enriched (even further) with cheese. The smooth glossy sauce is topped with breadcrumbs and more grated cheese and then baked until golden, blistered and bubbling at the edges. Well, well, well  it’s just delicious. 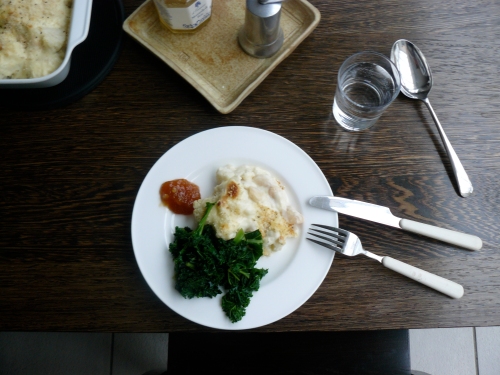 I made it again two days later for lunch with Dad, my sister Rosie, nieces Beattie and Freya and my bonny and extremely dramatic son. I took time over the white sauce, infusing the milk with a bay leaf and a clove studded onion and then letting the it bubble and burp away contentedly for a good half hour. It was worth it. I remembered that when we were little my Mum sometimes scattered a tin of butter beans over the cauliflower florets. It’s an addition I can highly recommend: the soft, plump and nutty beans making the dish even more pleasing and substantial. Now about the cheese, most cheddar works well, but best of all is a mix of strong English cheddar and bold piquant Italian parmesan. Strong English and piquant Italian, ah yes, I know it well!  Remember, be generous with the salt and pepper.

I boiled some Curly Kale. Once it was tender but still as resistant as I am to life on a Monday Morning (quite), I drained it and tossed it with butter and coarse salt. It made a good, green and toothsome companion to an otherwise very beige lunch. I had a dollop of mango chutney beside my cauliflower cheese! Strange I know, but very nice. 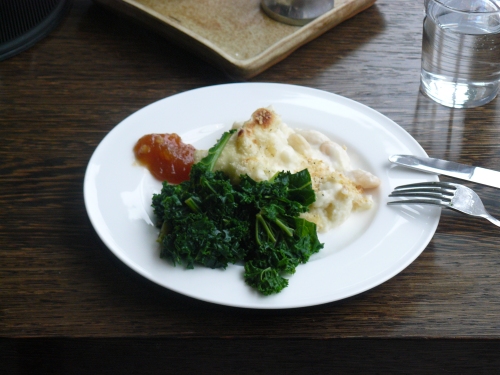 Adapted From Jane Grigson’s recipes in English Food and The Vegetable Book.

In a small pan bring the milk, bay leaf and onion studded with cloves slowly to the boil. As soon as the milk starts to rise in the pan, turn it off and leave it to sit and infuse for 15 minutes.

Melt the butter in a heavy pan, stir in the flour and cook to a roux ( a sticky paste that comes away from the sides of the pan) for two minutes, without browning.  Remove the bay leaf and onion and then over a very low flame pour the milk gradually into the roux whisking constantly. Raise the heat a little and bring the sauce to simmering point, whisking until the sauce thickens to the consistency of thick double cream. Turn down the heat and let the sauce simmer gently for twenty minutes. Stir in all but a small handful of the grated cheese, taste and season with salt and freshly ground black pepper

Break the cauliflower into large florets. Bring a large pan of well salted water to a rolling boil and then drop in the florets. Boil the florets for about 5 – 8 minutes or until they are tender to the point of a knife. Drain the florets carefully so as not to break them. Arrange the florets in a baking dish, scatter over the drained butter beans, pour over the cheese sauce and dust the surface with breadcrumbs, the remaining cheese and a few dots of butter.

Bake for twenty minutes or so or until the surface is blistered and golden and the sauce is bubbling at the edges. 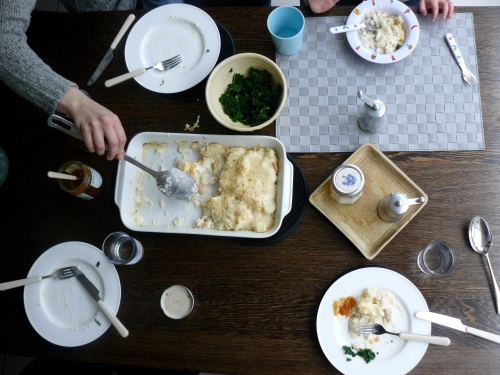 77 responses to “Takes me back”