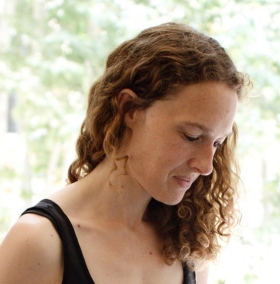 I suppose the best way to describe myself is a home cook who writes. Or maybe writer who cooks is a better description. Either way, hello, I am Rachel.

I’m from near London, but I’ve lived in Rome, in Testaccio, for nearly 13 years now, with my Sicilian partner and little boy. I write a weekly column for The Guardian called Kitchen sink tales. I have also written for the The Financial Times, Olive magazine, The Telegraph, Food52, Food and Wine and The Spectator.  My first book Five Quarters: Recipes and notes from a Kitchen in Rome was published by Saltyard Books and was awarded the Andrè Simon Memorial fund food book award 2105. The US edition is called My Kitchen in Rome: recipes and notes on Italian cooking. My second book is called Two Kitchen and is out now.  I am now working on my third book.

My Agent is Jon Elek at United Agents. This is a short film in my small kitchen made by Kat Bon Vora and another made by  by Michael Thomas Jones, Marissa Keating and Mina Holland. for Guardian Cook.